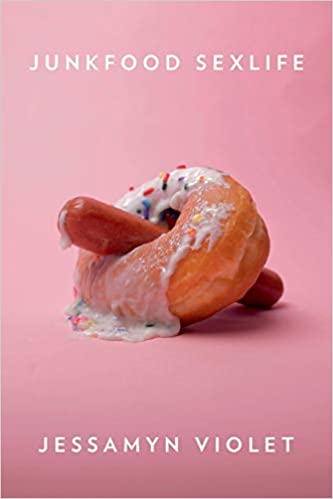 After a devastating, growth-crushing term with celebrity-turned-President George F*ckwad, the United States people voted to appoint a robot as Commander-in-Chief.
Get this awesome book here - Junkfood Sexlife by Jessamyn Violet
The book switches POV each chapter, rotating four times through the seven characters: A Moroccan drummer full of psychic and sexual mojo (Odessa Messa), a theremin-playing witch with a spell to get almost anything she wants (Stevia Wonder), an ex-military hippie-ish party bus driver (Auggie Breakmirrors), a singer who has befriended a canal creature (Cassandra Panda), a psychotherapist who needs therapy more than his patients (Dr. Philip K. Parker), an almost-famous actor with an almost-unquenchable sexual appetite (Gerard Vice), and the self-loathing host of the podcast "I Slept With Them First" (Matt Bogart).
Get this awesome book here - Junkfood Sexlife by Jessamyn Violet