Eternally Yours by Isabel Rogan

October 15, 2020
Eternally Yours by Isabel Rogan 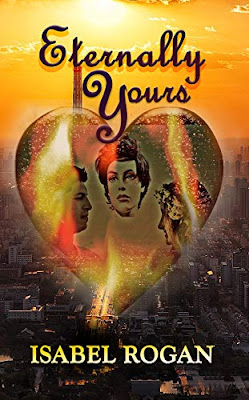 Love, like everything else in life, should be a discovery, an adventure, and like most adventures, you don't know you're having one until you're right in the middle of it.
The battle of the Gods is over, Cronus defeated and Zeus rules Olympus. Selene is his daughter and she has been promised to Rigel but things change when she meets Theia. Love at first sight strikes like the arrow cupid shoots.
Get this amazing book here - Eternally Yours by Isabel Rogan
Selene and Theia are enchanted by each other from the very first moment they lay eyes on one another. Theia tries to fight the attraction but fails. Selene falls for the Titan. Suddenly true love doesn't seem like a foreign concept but their love is forbidden. When Zeus learns of their affair he banishes Selene to earth as punishment for loving Theia.
Get this amazing book here - Eternally Yours by Isabel Rogan