Harry Nostrils and a Mole by Elleon 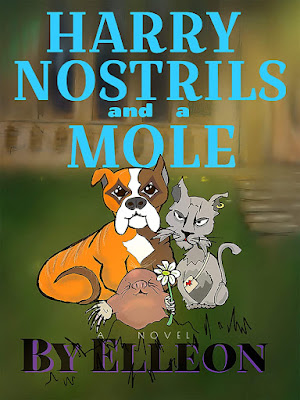 Elleon is an artist that can magically transform his paintings into books. He is most noted for his comics and had the privilege to have his art work displayed in two art exhibits; Loves vs Hate Good vs Evil and The Visions for the Soul showing in Atlanta. This storyteller expresses thought provoking literature with a unique brand of twist and turns in a brush stroke. You can often find him cooking fine culinary dishes or taking pleasure in answering fans that follow him @AtElleon on Instagram.
Get this amazing book here - Harry Nostrils and a Mole by Elleon