Of Mothers & Daughters by Arah Iloabugichukwu 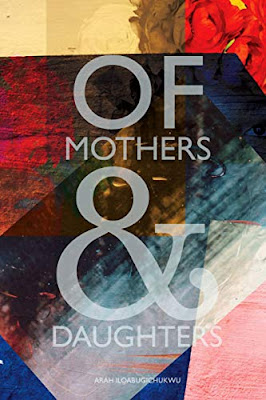 “Poverty had exhausted my mother. The compounded concern of day to day debt mixed with the orchestrated occupational oppression of Black people in Pittsburgh made her circumstances appear inescapable. She struggled to cope with an adulthood she found fundamentally unfulfilling. Adding the pressures of parenting to the situation only intensified her irritation. We were a constant reminder of life’s limitations, financial, physical and otherwise.”
Get this awesome book here - Of Mothers & Daughters by Arah Iloabugichukwu
"A literary play on Steinbeck’s critically acclaimed work, Of Mice and Men, this book tackles the crass coming of age of girls around the globe, examining the intricacies of sex, race, and class within minority communities. An absolute must read for mothers and daughters." -A. Metu
Of Mothers & Daughters explores the matrilineal bond, exposing the forced evolution of women into well-makers, and how it strips mothers of the right to be wrong. Of Mothers & Daughters lifts the veil from our vow to perfection, fearlessly wading through the woes of womanhood
from birth to birth.
Get this awesome book here - Of Mothers & Daughters by Arah Iloabugichukwu