The Mind of God (A Thriller Novel) by Bevan Frank

October 02, 2020
The Mind of God (A Thriller Novel) by Bevan Frank
Readers of Dan Brown, Michael Crichton and James Patterson will surely feel at home with this award-winning international thriller. 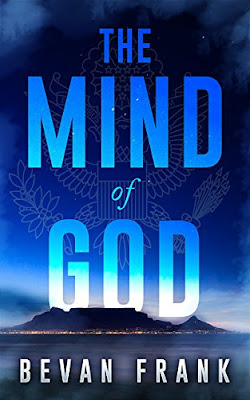 When Liz Greene discovers that her father is missing, she is unwittingly drawn into a plot that could change the world forever.
Before he went missing, Professor Harry Greene had been working on a mysterious black box project focused on the fascinating concept of collective consciousness. Now, Liz needs to find both her father, and his groundbreaking research before it's too late.
On the same day, President of the United States Daniel Rafferty is in Cape Town to give an address at the Convention Centre. Is it a coincidence that the black box was stolen while Rafferty is in the same city, or is there an even more sinister terrorist plot at play? Follow Liz, as she and her friend, journalist Tim Fletcher, decode one clue after another in a deadly hunt around Cape Town, all the while being pursued by an assassin and a CIA agent.
Get this awesome book here - The Mind of God (A Thriller Novel) by Bevan Frank