Rich alien Poor alien: A probe into the habits of a highly successful interplanetary being by Hugh Mann

November 27, 2020
Rich alien Poor alien: A probe into the habits of a highly successful interplanetary being by Hugh Mann 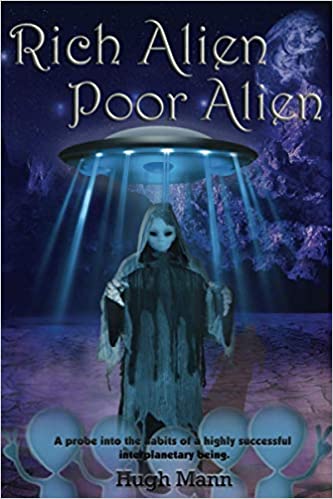 After the invasion of the planet of aliens, they are forced to live temporarily on a space ship until they can take over planet earth.Their new social positions will be determined by the right choices each of them make from the first day to the last day of the 366 days when they invade earth.
No one knows what the right choice is, until a grave mistake is made exposing their strategic plan.
They may just be facing another invasion, this time they are prepared to face their invaders. But how prepared are they to the plan they didn’t see coming.
This is a the cautionary tale of two gray aliens and the choices that separate them. A financial parable set to the backdrop of a colony preparing for the galactic invasion of planet earth.
Get this amazing book here - Rich alien Poor alien: A probe into the habits of a highly successful interplanetary being by Hugh Mann