April 05, 2021
Orion Stormgod, co-owner of a popular nightclub, is brutally gunned down alongside his partner, left for dead. Although his friend succumbs. A mysterious man emerges bearing a strange statuette, offering a pact that will spare his dire fate. 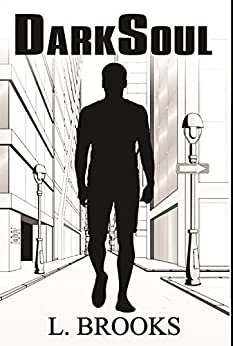 Upon acceptance, his option not only miraculously heals his wounds. It imbues him with the Darksoul, a powerful entity as ancient as creation itself. With his newfound power, Orion embarks on a ruthless path of revenge.
Get this amazing book here - DarkSoul by L. Brooks
His targets? A band of callous mercenaries led by the charismatic and ultra lethal Graveyard, and their employer, a wealthy crime lord named Michael Tyranny. Yet even with his hands full. Another threat rears its ugly head across seas in the form of a resurrected Egyptian pharaoh known as Soulchaser, a being craving Darksoul's very life force for his own.
The battle begins, worlds collide, and no one is safe.
Get this amazing book here - DarkSoul by L. Brooks