A Crown Worth Fighting For by Stephanie Basco Sullivan

June 27, 2021
A Crown Worth Fighting For by Stephanie Basco Sullivan 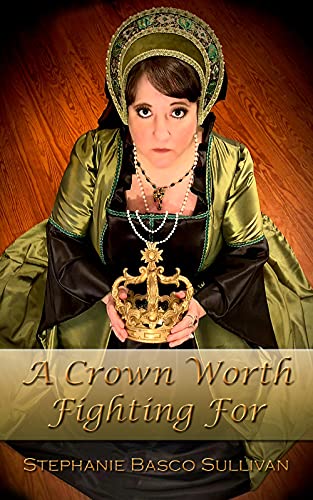 Release date June 22, the same day in history that Henry VIII informed Catherine of Aragon that they were not man and wife... Events in history are brimming with endless “what ifs.” The Tudor dynasty has always captured the attention of many, especially during the time of Henry VIII’s reign.
Get this amazing book here - A Crown Worth Fighting For by Stephanie Basco Sullivan
From his splendid coronation in 1509, at the age of seventeen, to his death in 1547 when he was just fifty-five years old, Henry left a legacy behind him that is still talked about and debated to this day. But what he is most known for are his six wives and how quickly he went through them.
Here's a what-if: What would have happened if Henry had died after his jousting accident in 1536? He was married to Anne Boleyn, his second wife.
Catherine of Aragon had passed away, and both queens had given him a daughter each. He did have a bastard son by his former mistress, Bessie Blount, but only recognized him when he realized his first wife could no longer bear him children. Henry’s new wife and queen, Anne Boleyn, had just suffered a miscarriage but found herself with child shortly after. While all of Henry’s hopes rested on the child she carried, he had secretly started planning his next marriage just in case Anne lost the child or failed in her promise of a son and heir.
Get this amazing book here - A Crown Worth Fighting For by Stephanie Basco Sullivan
Regardless of the circumstances, if the mighty King of England had died in 1536 leaving his pregnant wife—and very young daughter, Elizabeth—at the mercy of the English people, what might have happened? Would history have been altered so much so that Henry would have been practically erased from English history, or would his legacy have lived on through his daughters, Mary and Elizabeth?
After all, she was only human, and if she had survived Henry’s wrath in his pursuit of a prince, Tudor history would have been reduced to a footnote. So clear your mind of everything you know about good ole Henry VIII, and open your eyes to a world where there never was the famous saying, “Divorced, beheaded, died, divorced, beheaded, survived.”
Remember, this book is a work of fiction, based on some facts. We hope all Tudor enthusiasts will enjoy this different point of view.
Get this amazing book here - A Crown Worth Fighting For by Stephanie Basco Sullivan