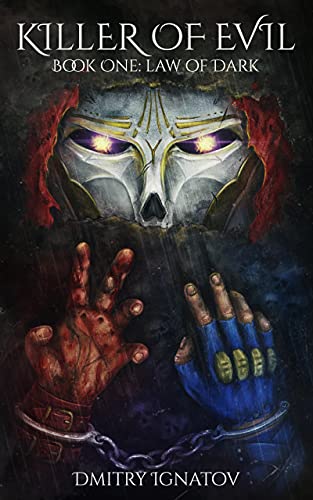 From Book 1: An adventurous serial killer and a vengeful detective have been tirelessly working for many years now to fulfill their dreams. Cleansing the world from bright representatives of whoredom and crime respectively. That is, until both crusades have to stop for an uncertain time: their executors finally collide.
Get this amazing book here - Killer of Evil by Dmitry Ignatov (Author)
But the stakes arise to the level of Flade and Dyler’s ambitions when right in the middle of their mental and physical standoff the fateful game welcomes new players. A seemingly flawless in every way Rain, eager to recruit the emperor’s murderous son for her community of hired assassins. An unstoppable arcane caster and mind-reader Chrono, capable of revealing any dark secrets everyone else is carrying. With the exception of a mysterious, standing above him in the rank leader of the syndicate, who has absorbed the most dangerous criminals from around the world.
War is unfolding, but it will be the cunning, power of beliefs and relevance of achieving the goal methods rather than the brute force of blades, arrows, and magic to prevail in it. The conflict will make everyone subject to severe testing and rethinking. Or it will kill them.
Get this amazing book here - Killer of Evil by Dmitry Ignatov (Author)