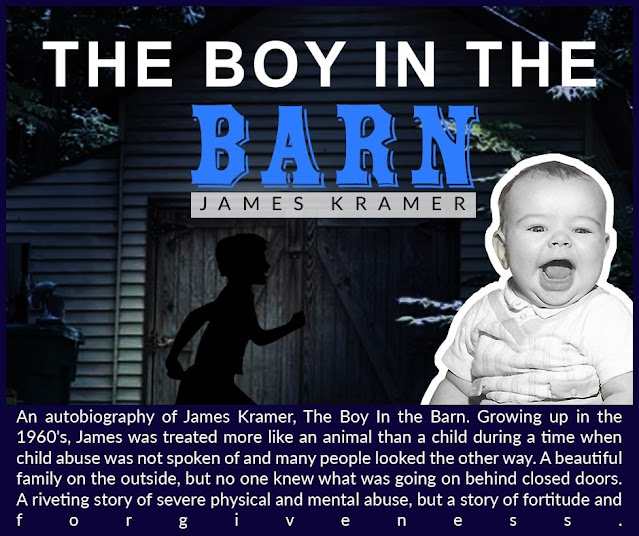 This is an autobiography of James Kramer, who is The Boy In the Barn. Growing up in the 1960's, James was treated more like an animal than a child during a time when child abuse was not spoken of and many people looked the other way.
Get this wonderful book here - The Boy In the Barn by James Kramer
A beautiful family on the outside, but no one knew what was going on behind closed doors. He and his siblings suffered tremendous emotional and physical abuse at the hands of a sadistic father and an absent mother. He lost his baby sister at the hands of his father and retains the horrific memories of her death. 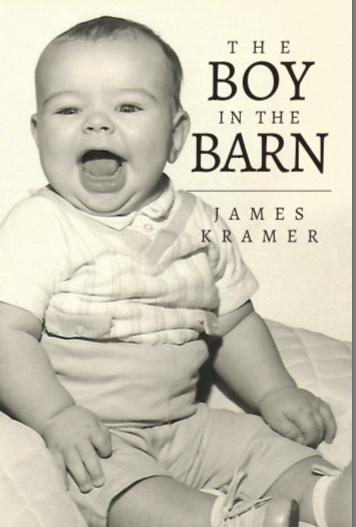 James lived in a barn for most of his childhood and learned to survive the isolation and neglect. James became a deeply spiritual person, but it was a challenging road. Throughout the years, he has had people in his life that were "bright lights at the end of his tunnel", and he kept moving forward, pushing on. He found that forgiveness was key.
Get this wonderful book here - The Boy In the Barn by James Kramer
James was compelled to write his story to make others aware of chronic toxic stress, domestic violence, and abuse and encourage people to avoid these relationships at all costs. He still suffers from symptoms created so many years ago. James continues to forge ahead with his life, but it was a hard road. 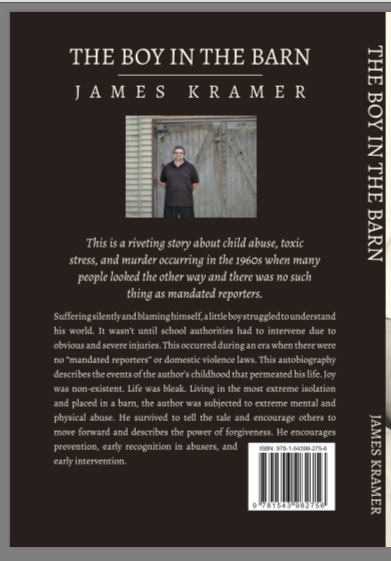 Through many defeats, he pushed on with God's help and what he calls a few bright lights at the end of the tunnel of darkness. He was programmed by his father and still experiences flashbacks and trauma.
Get this wonderful book here - The Boy In the Barn by James Kramer