Low Down by Tonja Ayers

July 18, 2021
Low Down by Tonja Ayers
Grant Ashford has his heart set on becoming the next mayor of the City of Detroit, and he has joined forces with some powerful players to assist with obtaining this goal. He is well aware of their ability to turn his dream into a reality; however, he is quite naïve regarding the fact that commingling with this circle could possibly turn his dream into a nightmare. What does a player do when he finds out he’s the one being played? 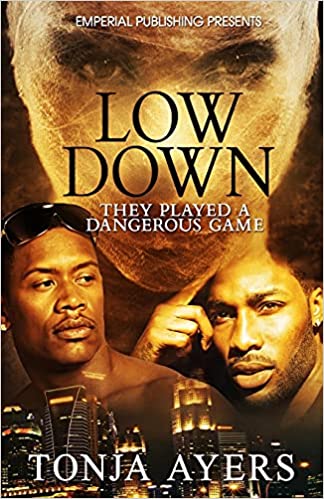 Jalen Ross is one of Detroit’s most-popular party promoters. He is a self-centered man with salacious cravings that have governed him to live his life on the edge. Consequently, by living a lie, he has risked it all: his beautiful wife, extravagant home, and luxury vehicle.
Get this amazing book here - Low Down by Tonja Ayers
Jalen’s sordid secrets and love affairs are both elements of a dangerous game—a game unlike any other game or person he’s ever played before. Jalen will soon realize he’s out of his league and has selected the wrong opponent to play against.
But will that realization appear too late to save his marriage, or more importantly, will he be able to save his life?
Low Down is a scandalous tale of two men from different walks of life whose lives haphazardly intertwine, causing them to play a deadly game against the same opponent.
Get this amazing book here - Low Down by Tonja Ayers