THE BOOK OF ADONITOLOGY: THE SACRED PENTADON OF THE ADONITOLOGY RELIGION by KING ADONIS I

July 19, 2021
THE BOOK OF ADONITOLOGY: THE SACRED PENTADON OF THE ADONITOLOGY RELIGION by KING ADONIS I
One of the most influential books in the history of literature, recognized as one of the greatest literary master pieces of its time, The Book of Adonitology: The Sacred Pentadon are the five sacred books of the Adonitology religion. It is the holy revelation of the true existence of King Adonis the Heavenly Father and Issa Elohim The Holy Spirit, the curvaceous Mother-God. 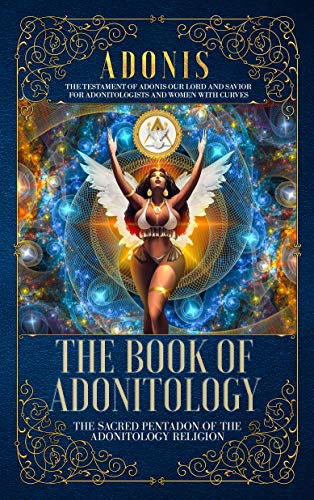